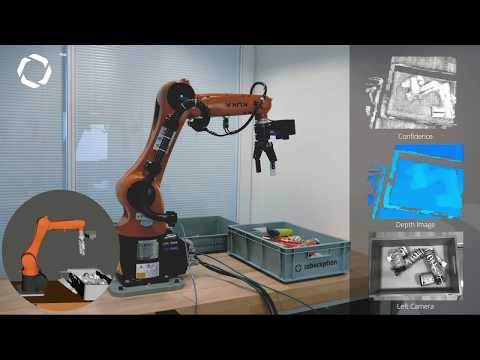 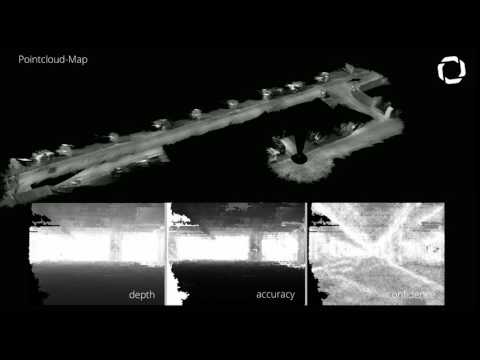 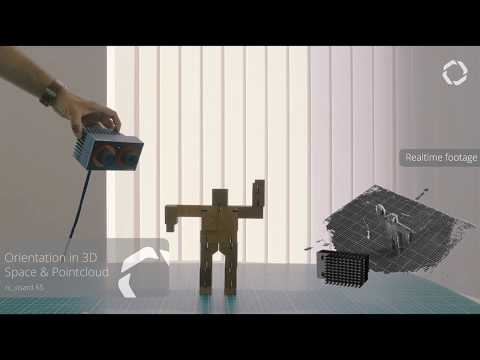 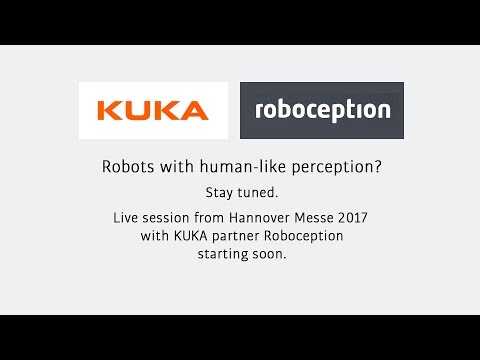 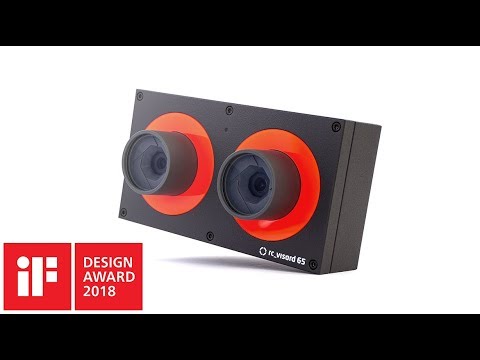 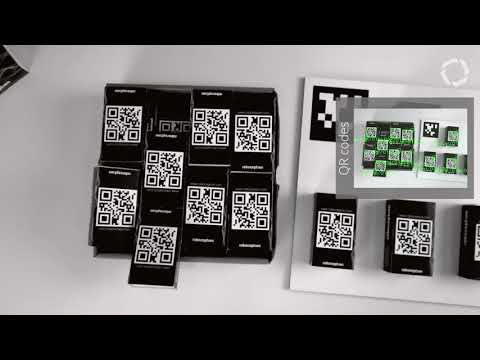 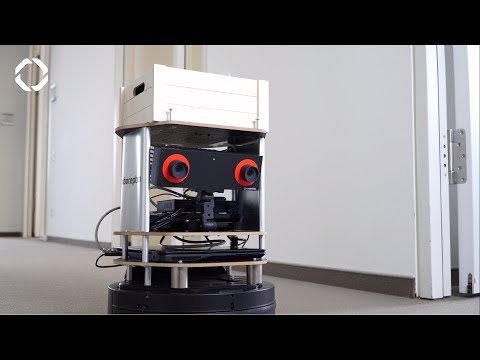 An Apple a Day… and visard4ROS 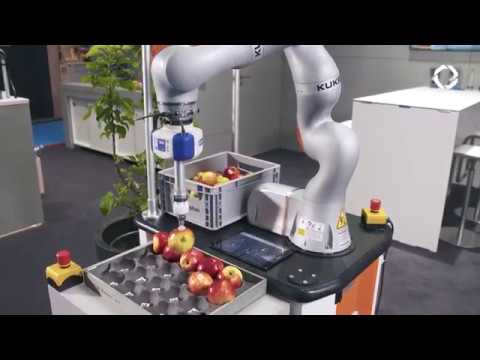 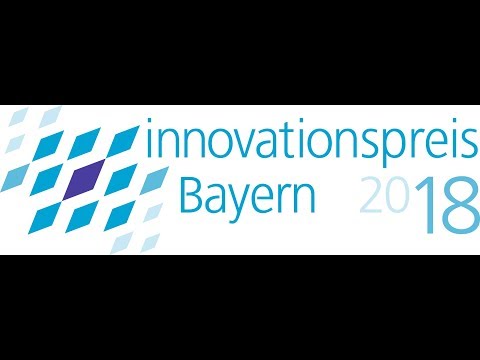 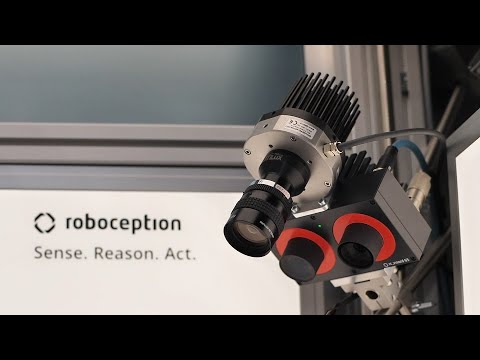 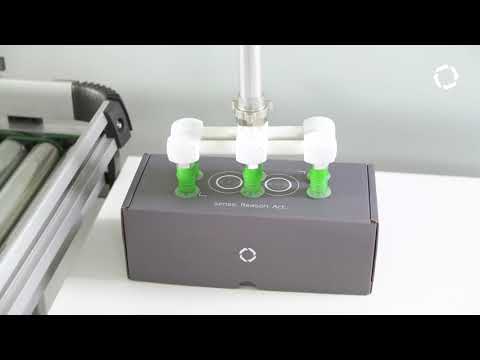 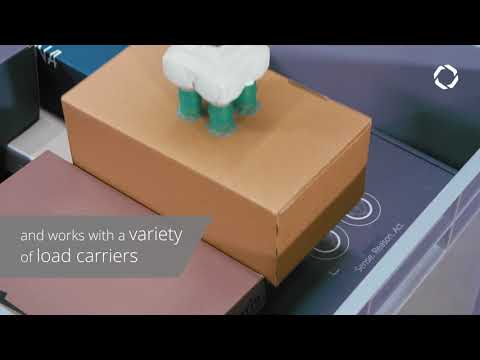 New: High-Speed Processing with the SGM®Producer

When high-speed processing is of the essence, rc_visard users can now take the sensor's semi-global-matching (SGM®) processing off-board: The SGM®Producer is a software library for running stereo matching processes on the graphics card of an external computer. While the stereo matching component is part of the basic on-board software package on each rc_visard, the SGM®Producer utilizes the computing power of an external host computer’s graphics card (GPU). It enables a significant speed-up of the depth image computation: Frame rates of 25Hz can be achieved. Installation of this GenICam-compatible producer is easy: There is no change of interface as compared to on-board stereo matching and even SGM® processing for multiple sensors on one GPU is possible. This new software add-on is now available in our webshop...

Roboception, together with industrial designer Tilo Wuesthoff, has won an award in the Red Dot Award: Product Design 2019. Our rc_visard received the Red Dot, which the renowned jury only awards to products that feature an outstanding design. “I would like to congratulate the laureates sincerely on their wonderful success. The fact that their products were able to satisfy the strict criteria of the jury bears testimony to their award-winning design quality. The laureates are thus setting key trends in the design industry and are showing where future directions may lead,” said Professor Dr. Peter Zec, founder and CEO of Red Dot, in reference to the winners. At Roboception, we are very proud that (after the iF DESIGN AWARD in 2018) yet another jury was convinced of the outstanding design quality of our sensor. From the very beginning, it has been one of our goals to not only optimize our sensors in terms of functionality, but to make them visually attractive as well. In the end, they are typically mounted to our customer’s robots in very prominent positions. The Red Dot Award: Product Design is one of the world’s largest design competitions. In 2019, designers and manufacturers from 55 countries entered more than 5,500 products in the competition. The international jury comprises experienced experts from different disciplines and has been convening for more than 60 ...

New: The ItemPick Module on Your Universal Robot – A Plug-and-Play Solution

Using the rc_visard and the rc_reason ItemPick Module with a Universal Robot has just become easy: With Roboception’s brand-new URCap software, setting up an efficient pick-and-place application using the ItemPick Module in your UR program is child’s play: The required URCap software can be downloaded from our website (free of charge), a tutorial supporting the set-up is also available. Furthermore, we have compiled everything you need to set up an ItemPick application with your UR robot in an attractively priced bundle. This can now be ordered via our webshop with just a few mouse clicks. Have a look...

Roboception has just released the rc_reason BoxPick Module, which provides a solution for robotic pick-and-place applications such as de-/palletizing and sorting of packets. Equipped with the BoxPick Module, the rc_visard detects rectangular surfaces over pre-defined size ranges and optionally computes potential grasp points. It allows the detection of the position, the orientation and the size of the objects and enables the robot to place the objects in a defined position. The BoxPick Module enables robots to pick unsorted and unordered packets out of a bin and palletize these items in a defined, oriented way. It can also be used for de-palletizing packets to a conveyor belt, e.g. for cross-belt sorters. Read more...

At this year’s Hannover Fair, Roboception is part of the Application Park in Hall 17. The open design of the park, without any dividing walls, makes the joint booth a real crowd-puller. Get convinced by mobile robots and autonomous systems and don’t miss stopping by our booth: Hall 17, E42/18). Enjoy a live pick-and-place application, see how RandomDot Projector optimizes even difficult scenes, pick up an apple - and try our rc_visard hands-on yourself. You will also find our rc_visard “live in action” on the booths of our partners Schunk (Hall 17, B40), where the rc_visard works coupled with a mechanical gripper in a bin-picking demo, and Ruhrbotics (Hall 16, A10), where you will see that our products link up flawlessly with a UR as well. Get in touch to pre-arrange your meeting with us, and we will gladly provide you a complimentary e-ticket. Our team looks forward to welcoming you at one of our demos.

Send us a message.