Using the rc_visard and the rc_reason ItemPick Module with a Universal Robot has just become easy:

With Roboception’s brand-new URCap software, setting up an efficient pick-and-place application using the ItemPick Module in your UR program is child’s play: The required URCap software can be downloaded from our website (free of charge), a tutorial supporting the set-up is also available.

Furthermore, we have compiled everything you need to set up an ItemPick application with your UR robot in an attractively priced bundle. This can now be ordered via our webshop with just a few mouse clicks.

Roboception has just released the rc_reason BoxPick Module, which provides a solution for robotic pick-and-place applications such as de-/palletizing and sorting of packets.

Equipped with the BoxPick Module, the rc_visard detects rectangular surfaces over pre-defined size ranges and optionally computes potential grasp points. It allows the detection of the position, the orientation and the size of the objects and enables the robot to place the objects in a defined position.

The BoxPick Module enables robots to pick unsorted and unordered packets out of a bin and palletize these items in a defined, oriented way. It can also be used for de-palletizing packets to a conveyor belt, e.g. for cross-belt sorters. 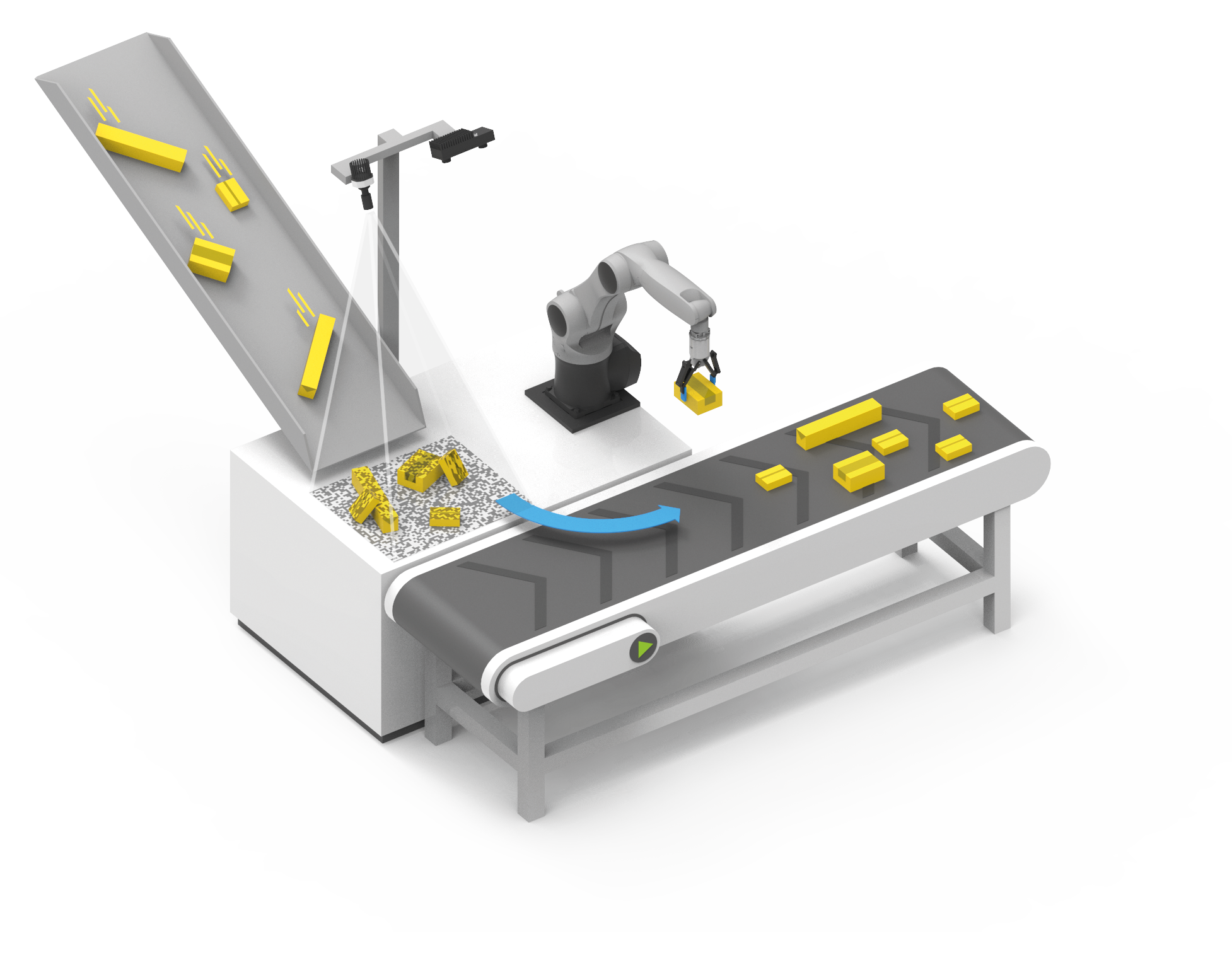 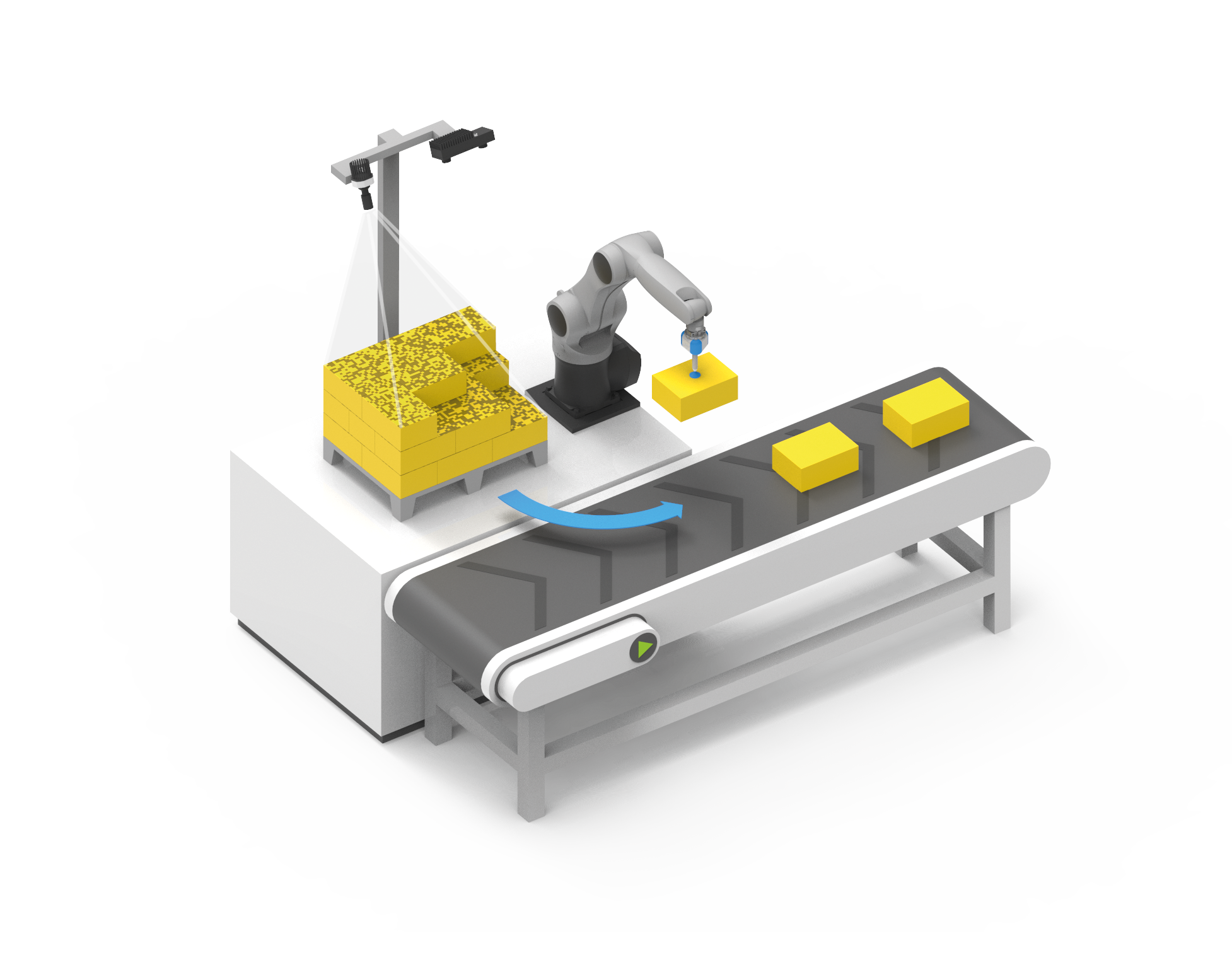